When not to use Arrow Function

With ECMAScript2015 or otherwise called ES6, arrow-function was introduced. The goal of arrow function is to make functions in javascript to be developer-friendly and easy to eyes. But as you may already aware they are just syntactic sugar to function nothing more. Arrow function made following as things of past when used, 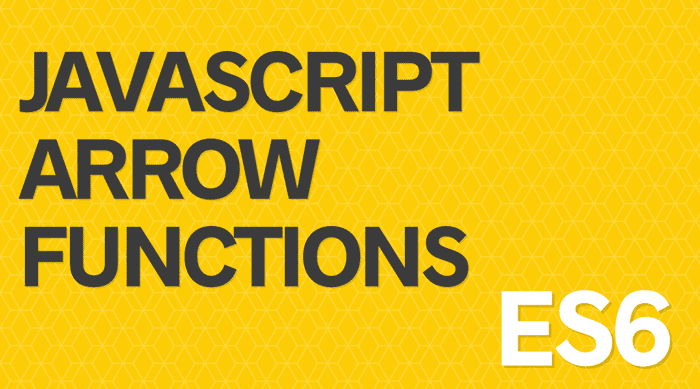 But while making it simpler it also made them vague, most probably when it comes to this keyword. It did reduce the complexity surrounded in JavaScript’s function scope. In arrow-function this refers to the immediate outer scope of the function instead of function scope itself. We will dive deep into this in a minute

Arrow function simplified is just an anonymous immutable function to have some kind of certainty of results for the given input. Similar to functional programming languages where variables states as assigned initially are immutable

Methods Let’s say you want to create a method to bind to an object.

In this example, if we call display.increaseSize(), we expect the value of display.size to increase from 100 to 110. However, as currently written, the value of size will remain unchanged regardless of how many times increaseSize() is called. Why is this? The answer is this! As MDN states:

An arrow function does not have its own this. The this value of the enclosing lexical scope is used; arrow functions follow the normal variable lookup rules. So while searching for this which is not present in current scope, an arrow function ends up finding the this from its enclosing scope.

In our case, when this is executed in the browser console, the enclosing scope would be the window object. Invoking increaseSize() would be asking the program to increment the value of size in the window object. No such value exists, so the code does not work.

Instead, we want to use traditional function syntax, which will bind the function’s this to the specific object calling the function:

By dynamic context I mean, attaching an arrow function to dynamically execute when something happens, meaning binding it to an event. Since this would still point to the lexical immediate outer scope of function, resulting this pointing to window object when referenced. Following code will not work as expected

While being a seasoned JavaScript programmer, one may think this would invoke a function defined on someButton object, but no, it would instead look for doSomething to be defined in the outer scope When manipulating the DOM via event handlers or listeners, triggered events point to the this belonging to the targeted element.

While we have already seen how this works differently in arrow-functions, to add to our dismay and confusion, bind also is not made available to arrow-function. If one tries to bind a scope to an arrow-function, it would result in TypeError

As always, thanks for reading